Ferrari’s story officially began in 1947 when its first road car, the 125 S, emerged from the gate of no. 4 Via Abetone Inferiore in Maranello. The iconic two-seater went on to win the Rome Grand Prix later that year and shortly thereafter was developed into a refined GT roadster. The company has travelled a long way since then, but its mission has remained unaltered: to make unique sports cars that represent the finest in Italian design and craftsmanship, both on the track and on the road.

The very definition of excellence and sportiness, Ferrari needs no introduction. Its principal calling card is the numerous Formula One titles it has won: a total of 16 constructors’ championships and 15 drivers’ championships. And of course, there is the impressive lineup of legendary GT models. Cars that are unique for their design, technology and luxurious styling and that represent the best in Italian the world over. 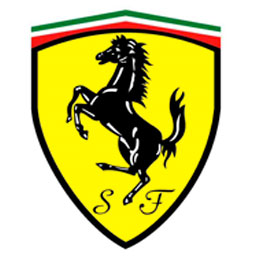 This website uses cookies to improve your experience while you navigate through the website. Out of these cookies, the cookies that are categorized as necessary are stored on your browser as they are as essential for the working of basic functionalities of the website. We also use third-party cookies that help us analyze and understand how you use this website. These cookies will be stored in your browser only with your consent. You also have the option to opt-out of these cookies. But opting out of some of these cookies may have an effect on your browsing experience.
Necessary Sempre abilitato
Necessary cookies are absolutely essential for the website to function properly. This category only includes cookies that ensures basic functionalities and security features of the website. These cookies do not store any personal information.
Non-necessary
Any cookies that may not be particularly necessary for the website to function and is used specifically to collect user personal data via analytics, ads, other embedded contents are termed as non-necessary cookies. It is mandatory to procure user consent prior to running these cookies on your website.
Functional
Functional cookies help to perform certain functionalities like sharing the content of the website on social media platforms, collect feedbacks, and other third-party features.
Performance
Performance cookies are used to understand and analyze the key performance indexes of the website which helps in delivering a better user experience for the visitors.
Analytics
Analytical cookies are used to understand how visitors interact with the website. These cookies help provide information on metrics the number of visitors, bounce rate, traffic source, etc.
Advertisement
Advertisement cookies are used to provide visitors with relevant ads and marketing campaigns. These cookies track visitors across websites and collect information to provide customized ads.
Others
Other uncategorized cookies are those that are being analyzed and have not been classified into a category as yet.
ACCETTA E SALVA
OrientaUnina